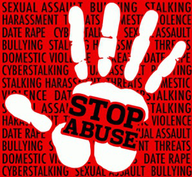 The dynamics of Intimate Partner Violence (IPV) mostly includes subtle threats and/or control that can eventually become more extreme or obvious. Many people minimise, ignore, or explain away the “lesser” forms of violence because of the belief that as no one is being scarred or maimed, no one is in danger. But this is wrong, danger is being concealed and over time, violence almost always escalates in both frequency and severity. And besides, even in these times of “lesser” forms of violence, one partner is being controlled or threatened and that is abuse.

Abuse is based on the partner’s need of having power and control over the other and can manifest in various forms:
Although there are various models of violence, a simplistic version (Walker, 1979) states that repeated violence tends to follow a three-phase cycle: Tension Building Phase; Acute Battering Phase; and Honeymoon Phase.

Tension Building Phase: Arguments and Threats. Typically, this phase includes minor incidents like slapping, verbal and/or psychological abuse which increases the fear of the abuser. It can be harder to get support from the law at this stage as signs of violence are not as salient as it would be in Battering Phase. The victim might:
Explosion Phase: Beating, Choking, Punching, Use of Weapons. Typically, this phase is short-lived (a few minutes but can last hours), and is often intensely violent causing injury and sometimes death. The victim might:
Honeymoon Phase: Period of Relative Calm. Typically, this phase involves a peaceful, pleasant, and calming environment. Whilst it may be initially the longest stage it becomes progressively shorter over time whereby the Acute Battering Phase increases. The victim might: The cycle usually ends one of two ways — in the death of the victim or a separation. If there is a separation the abuser often moves on to a new victim. Click here for my sheet on abuse and click here for my sheet on Wheels of Power & Control and Equality.