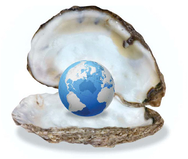 The Locus of Control (LOC; Rotter, 1954) refers to the degree to which one feels in control of significant personal experiences and their outcomes; specifically, the extent to which outcomes are substantively and directly influenced by one’s own behaviour, other people’s behaviour, luck, fate, or random factors.

A person’s LOC will influence their own behaviour, reward expectancy, personality, and idea of self, e.g., self-care, self-development, self-efficacy, and in particular, self-esteem. Importantly, a person with an Internal LOC will likely have a mindset of (or working towards) personal development, independence, maturity, motivation, ambition, life satisfaction, confidence, acceptance of own fault, responsibility, good self-worth, and being authentic with life; successes and failures could be attributed to own hard work and efforts, e.g.:
Whereas a person with an External LOC will likely have a mindset of (or trying to break away from) stagnation, dependence, immaturity, de-motivation, apathy, life dissatisfaction, anxiety, blaming others for own fault, irresponsibility, poor self-worth, and being inauthentic with life; successes and failures could often be attributed to others behaviour, e.g.:
​However, it is important to note that neither External nor Internal LOC is good or bad per se; furthermore, most of us can find that our own Locus of Control can be influenced by various factors, e.g., mood, situation, task at hand. Nevertheless, it would seem that by harnessing an Internal LOC one can live a more rich and authentic life. Consider the questionnaire in the link to see where your Locus of Control is.
Click here for my sheet on Locus of Control.