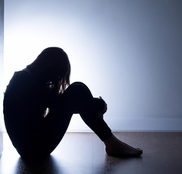 Suicide is a major public health problem that not only ends the lives of individuals, but can also cause huge turmoil for families, communities, and society.  For instance, on an interpersonal level, the great despair and confusion experienced when a loved one dies by suicide can be overwhelming as often it is compounded by a “conspiracy of silence”, misconceptions, irrational guilt, stigma, and sudden loss.  Furthermore, considering that at least six people are intimately affected by suicide, the effects of suicide can go beyond the family as suicide “survivors” can also be friends, classmates, community members, etc., who can also experience complex grief.  Additionally, the effects of suicide can be far reaching and emulative within a society whereby clusters of (or “copycat”) suicides can, albeit rarely, occur.

Worldwide, 0.8-1 Million people die by suicide annually; that equates to one person dying by suicide every forty seconds.  Indeed, suicide is now rated to be one of the leading causes of death in people under 44 Years Old and has increased in frequency by 60% in 45 years.  Furthermore, WHO (2014) predicts that due to various factors including sociological challenges, the raising awareness of suicide, and the lifting of it as a taboo, suicide reports will increase to one person dying by suicide every 20 seconds by the year 2020.

Similarly, suicide is also a public health concern in Ireland.  For instance, since the year 2000, approx 500 suicides were registered per annum; that equates to approximately 10 people dying by suicide per week.  Furthermore, suicide is now one of the leading causes of death in people under 34 Years Old; prior to 1998, it is suggested, suicide was under-reported due to societal influences of taboo and religion as data shows a doubling of reports between 1987-1998 in a time when the influence of church and taboo of suicide decreased and understanding and compassion of suicide had increased.

Suicidal behaviour is linked with many factors including: psychiatric illness (e.g., major depressive disorder, bi-polar disorder), substance abuse, gender (4 Male:1 Female), lack of health seeking behaviour, attitudes towards suicide, marital status and/or isolation, gambling, social (defiance or protest) and socio-economic factors such as poverty, homelessness, poor education, and discrimination. When grouped, the factors can be put into two categories: proximal stressors or triggers and predisposition; both of which emphasise needs going unmet.

Often borne out of despair and, perhaps, occurring throughout human time, suicidal ideation is usually a time-limited phase that can pass if the person’s underlying problems are resolved.  Culley and Bond (2011) state that with sufficient pressure and deprivation of proper support, anyone can reach the point of despair.  Although there are many counselling theories available to explore such thoughts (see Distress and Despair above 3 examples), the general theme, it seems, is to provide a safe environment to explore the issues that concern the person (Egan, 2007).  Such can help people to identify the pressures that are unfortunately making suicide seem like a viable option and to explore strategies to overcoming the suicidal thoughts and to surmount the problems causing them (Culley & Bond, 2011).

If you or someone you know is having thoughts of harming themselves please encourage them to talk about how they are feeling either with you, someone else you know and trust, a doctor, or a mental health professional. Click here for a Commitment to Life Contract which aims to help maintain focus on life and set up and perform various positive behaviours.